It’s been a huge honour to work with the amazingly talented Sheila Chandra recently. Sheila contacted me to build a marketing and social media plan to launch her amazing new coaching and mentoring business in the new year that is targeted at creatives.

In the past few months, together we have been defining her target audiences and how we can reach them alongside a detailed press plan to help Sheila attain her target client base.

Sheila herself is a huge talent, and is channelling her nearly 40 years of experience and knowledge in creative industries to inspire and empower like-minded people through her new coaching practice, Sheila Chandra Coaching, launching in January 2018.

Sheila is the ground-breaking world music artist and best-selling author who mentored street artist Stik from homelessness to international acclaim in just five years, and the two are still firm friends and collaborators [see Guardian article]

While mentoring Stik, she was reminded how much those in creative careers often struggle in a uniquely challenging industry, alongside the difficulties of sustaining a healthy lifestyle. Using her unique way of coaching (which has led to her nickname ‘the silent coach’) coupled with her extensive experience, Sheila will offer guidance and mentoring to help clients clarify their goals and career aspirations, find strategies and resources to achieve them, free up their creative processes, build their motivation and reframe when they’re feeling stuck. 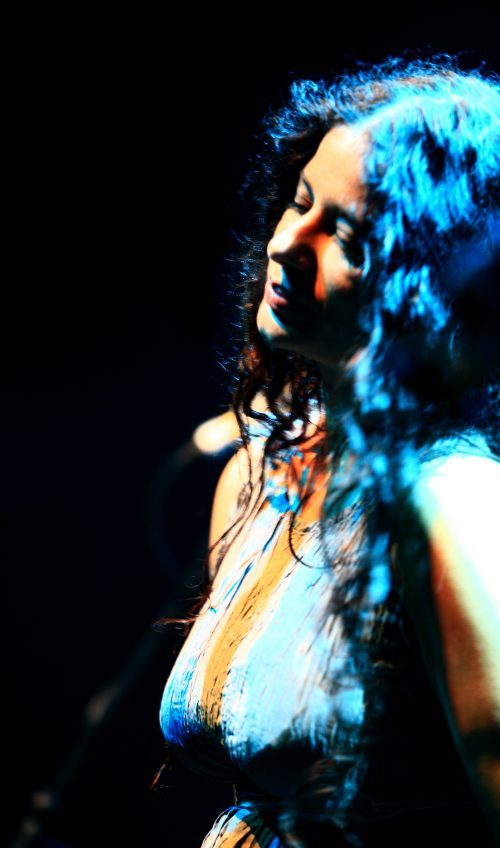 Her latest book, Organizing for Creative People (Watkins 2017), is a Foyles bestseller and is the only guide to setting up the essential infrastructure that creative people need to thrive in a professional career. The success of her book became the prompt to set up her new coaching practice as she saw how much it was needed.

Sheila has worked in the arts first as a child actress on BBC TVs Grange Hill, and then as a singer, songwriter, workshop leader, publisher and author for 35 years at an international level. She began her career as the lead singer of Monsoon and, while only 16, scored a top ten hit around the world with Ever So Lonely.

She subsequently released a further ten solo albums including four with Peter Gabriel’s Real World label, toured extensively with WOMAD and appeared on such programmes as Later, The South Bank Show and Top of the Pops. Other credits include a further top ten hit with Jakatta, writing a music series for BBC Radio 2, recording and touring with Imagined Village and singing on the second Lord of the Rings soundtrack, The Two Towers.

Sheila’s life took an unexpected turn in 1992 when she was involved in a car accident that resulted in an emergency eye operation, during which her vocal cords we scarred. For the next 18 years, she managed to perform but only by taking drastic measures to protect her voice by not speaking for days. Her system became ‘primed for pain’ and in 2010 she developed an additional neurological pain condition called Burning Mouth Syndrome which means that she suffers pain for hours or even days after speaking for more than 10 minutes.

This has led her to her unique way of coaching – the client speaks and Sheila types back via email or Skype video.  She has been helping creatives for the last 15 years, but is only now launching her official coaching practice. Few creators of with her breadth of knowledge have time to provide support for others in their field. But Sheila’s disability and consequent change of life path means that creative people at all stages of their careers now have a chance to benefit from what a recent fRoots review described as an “intelligent consultation with a world-class artist” on a one-to-one level.